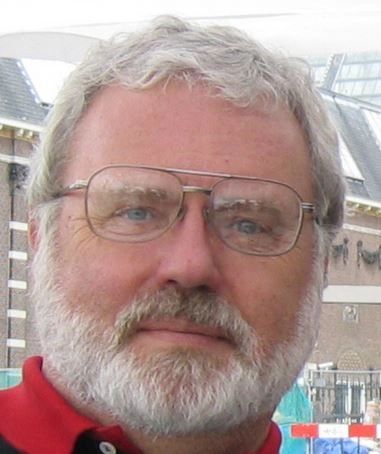 appointments for all new patients

FaceTime or Google Meet through

How Can I Help You?

below, copy both sides of your Insurance card and

email them to Dr. Keyser at: drkeyser@gmail.com.

Diplomate of the American Board of Psychiatry and Neurology

Dr. Keyser is a MEDICAL DOCTOR licensed by the Board of

Medical Examiners to practice medicine in the state of

New Jersey. Dr. Keyser is a Board Certified Psychiatrist in

Dr. Keyser earned his Doctorate in Medicine from

and residency in Adult and Child & Adolescent

Dr. Keyser is member of the American Psychiatric

and become aware of their inner strengths. To achieve this, Dr. Keyser listens to your concerns

and designs an individualized  treatment plan.

to offer both medication and talk therapy to provide effective care for every emotional problem or issue.

Dr. Keyser will be there for you every step of your journey. Dr. Keyser's goal is to help you grow from your struggles, recover from your pain and move forward to where you want to be in your life.

Depression and anxiety are some of the most common and uncomfortable emotions that we can experience.

Through psychotherapy, with or without  medications, Dr. Keyser helps you recover motivation, perspective

and the joy that is missing to lead a more fulfilling life.

Many individuals experience symptoms associated with painful traumatic memories. Anxiety, fear and hopelessness are a few emotions that can linger, sometimes for years, after traumatic events. Dr. Keyser helps you overcome these symptoms and guides you through the process of grief and healing.

Therapy can be beneficial to couples who are looking to strengthen their emotional connection. Sessions are held with both individuals and also with each couple to explore issues and solutions to strengthen your bond.

"Wonderful practitioner who takes an intelligent approach to

me off the wrong medications without experiencing horrible

withdrawal symptoms. I am extremely grateful and thankful

for Dr. Keyser's support and guidance and would not

hesitate to recommend him to anyone who needs the

best psychiatrist in New Jersey or on the planet

for that matter." Jeff S.

"Dr. Keyser is the first doctor to actually help me. He listened carefully

and changed my diagnosis and my medications and I no longer

require any drugs and my symptoms are gone!" Russ V.

"Years of the wrong medications that made me tired and

forgetful led me to Dr. K. who helped me by using effective

non-addictive medications to have a normal life." Steve L.

"I was a patient of Dr. Keyser for over 20 years, successfully treated

for depression. Were it not for his efforts, I would not have been able to function personally or professionally. Dr. Keyser always made himself available and was flexible in scheduling appointments. I benefited from

both the medications he prescribed and the psychotherapy he provided. While Dr. Keyser has his own philosophy and approach to medication informed by both education and practice (as do all providers), I found him

treatment. During my treatment, Dr. Keyser and I had numerous

discussions about medications, which resulted in changed dosing

appropriate at the time. Were it not for the fact that I moved out

of the area, I’d still be seeing him on a regular basis."

"After 25 years on SSRI medications, I found the solution with

medications. I should have come here years ago." Diane S.

" I started seeing Dr. Keyser when I was 19 after just finishing an outpatient program for anxiety, panic disorder, and depression. He decided to take me off my medication almost immediately because he felt that a lot of my issues were related to my daily routine, such as an excessive amount of video games and TV, etc. I did not agree with the idea at first and even pushed back at times, but Dr. Keyser remained patient with me. Eventually I put my trust in him and quit video games cold turkey. After that, I finally started to see progress in my life and a lot of my anxiety started to go away. I couldn't believe it. Dr. Keyser is very knowledgeable, but he also speaks a lot from personal experience. I had seen other therapists/psychiatrists before landing with Dr. Keyser and every single one wanted me to continue taking medication. I'm not sure where I'd be today if I had stuck with their plan." Bob D. G.

"Dr. Keyser is great. He was understanding and empathetic and very knowledgeable about my situation. Also, he was nonjudgmental."

"I was treated by Dr. Keyser after relocating back to NJ. I needed to feel grounded and stable since my move was abrupt. He was very easy to talk

to. He is funny and witty and has an interesting background. Our sessions were always full of conversation, never a silent moment in that office. He is articulate, insightful and compassionate. If you are looking for a good Psychiatrist with little dependency on the monster that is "Pharma"
I highly recommend him. " D. Rahal

"I highly recommend Dr. Keyser. I am a healthcare professional myself and am quite picky when choosing healthcare providers. Dr. Keyser's approach is personalized and he was able to replace my current medicine that had many side effects to a different one with no side effects. This has changed my life significantly. He also counsels in a personalized matter and helped me get rid of traumatic stress symptoms. He truly is a unique compassionate and caring individual,  I would highly recommend him and he takes my insurance - what a plus!!!!" Amy Srebnik

Came to Get Well and Stay Well

"I met with Dr. Keyser consistently for 4+ years. I enjoyed our meetings and learned quite a lot. When I first met with him, I was taking a large variety of meds from a hospital stay and he helped simplify all that. I was dealing with lots of various side  effects on the more modern meds and, in my opinion, would rather take minimal meds verified through history. Our conversations did bounce around various topics, but that provided a clever window for Dr. K. to hone in on my behavioral quirks. I think his conversational way of prodding me was highly effective. I came to get well and stay well. He most certainly helped." Timothy Hasse

"Dr. Keyser is a caring and compassionate doctor. At my

appointments, he listens to all of my concerns regarding

my bipolar disorder and provides professional support and

to all of my emails and calls promptly. He is an extremely

Discussed my Concerns and Feelings

"Dr. Keyser provided me with an understanding of how I could adjust my responses to life situations that caused me stress and anxiety. Dr. Keyser always took the time to discuss in depth my concerns and feelings during

the office visits. Fortunately, I manage situations based on his guidance."

Have you opened a new location, redesigned your shop, or added a new product or service? Don't keep it to yourself, let folks know.

Dr. Keyser’s office is located in a historic building in downtown Summit.

Parking is available on Springfield Avenue and in two parking lots on De Forest Street.